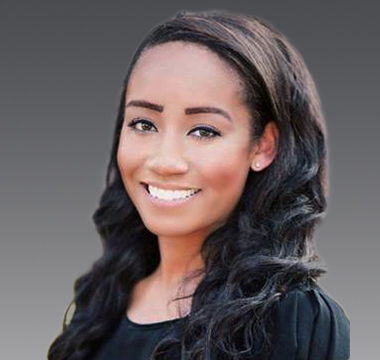 Courtney Wilson is a shareholder at Hopkins & Huebner, P.C., where she practices in the area of Liability Defense. Courtney practices in both Iowa and Illinois, and represents insurance companies, employers, and municipalities in the district and appellate courts.

Courtney received her Bachelor’s Degree in Political Science and Gender Studies from the University of Notre Dame in 2007. She earned her law degree from Drake University Law School in 2011, with an International and Comparative Law and Human Rights Certificate. While at Drake, Courtney was a member of Delta Theta Pi, Philanthropy Chair for Drake Law Women, and Communications Director for the Black Law Student Association. Courtney also worked as a Student Attorney in the Criminal Defense Clinic, and as a Home Design and Special Interest Media Contributor at Meredith Corporation.

Courtney previously worked for five years as a criminal defense attorney before joining H&H. In those five years, she had four convictions reversed and remanded for new trial. While at Hopkins & Huebner, P.C., Courtney has had the opportunity to try numerous cases before the district courts, and the privilege to have argued in front of the Iowa Supreme Court.

Courtney is a member of the Iowa State and Scott County Bar Associations, a member of the Iowa Organization of Women Attorneys (I.O.W.A), and currently serves on the Scott County Bar Association Executive Council. Courtney is also a Sustainer and Past President of the Junior League of the Quad Cities, and has served on the committee for the Trinity Freedom Run in East Moline, IL.

Courtney is a third generation lawyer and her sister and husband are also lawyers. Born and raised in Tampa, Florida, Courtney moved to Iowa for law school, where she met her husband Ryan while standing in line to receive her student ID. She is proud to call Iowa her new home. In her free time, Courtney enjoys catching up with friends, trying new restaurants, and being a pet mom.