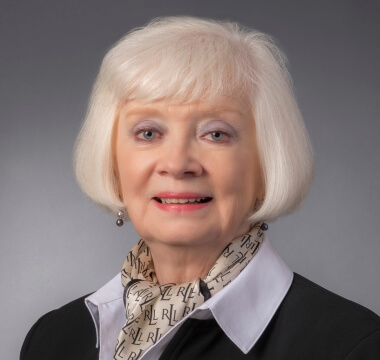 Karla Fultz is an Of Counsel attorney at Hopkins & Huebner, P.C. Karla has practiced law in both the state and federal courts of Iowa since 1969. Prior to joining Hopkins & Huebner in 2014, Karla was an Assistant Warren County Attorney in the Civil Division from 2009-2014. She provided advice to the Board of Supervisors, elected officials and Warren County Boards on legal matters, interpreting ordinances and statutes, writing policies, reviewing and recommending modifications to ordinances; completing the recodification of the Warren County Code of Ordinances in 2010, negotiating collective bargaining agreements and representing municipalities in court.

Prior to her service to Warren County, Karla served as Juvenile Judge in Polk County from 1993 until 2009. During that time, she was the presiding judge for the Polk County Juvenile and Family Drug Courts. Both programs were honored by the Iowa Supreme Court with Court Innovation Awards. Karla was a Juvenile Court Referee, an Assistant Polk County Attorney prosecutor and in private practice before becoming a judge.