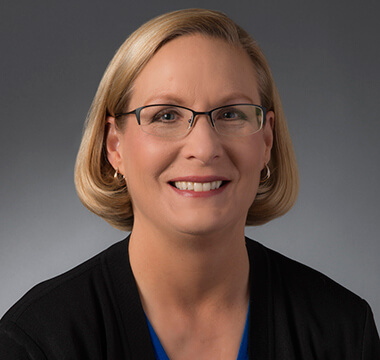 Valerie Landis has practiced law in Iowa for over 30 years. Valerie clerked at Hopkins & Huebner during law school before joining the firm as an attorney. A graduate of the University of Missouri-Columbia and Drake University Law School, Valerie primarily practices in workers’ compensation defense, mediation, and alternate dispute resolution. She has earned bar admissions in the state and federal courts of Iowa, as well as the United States Supreme Court.

As an active Drake alum, Valerie continues to be involved with the Drake University Law School Board of Counselors. She was recently named in Drake Law’s 150 in 150, and was also selected for the Drake Alumni Executive Roundtable.

Valerie has spoken at many seminars for lawyers, businesses, and insurance representatives on Workers' Compensation topics.