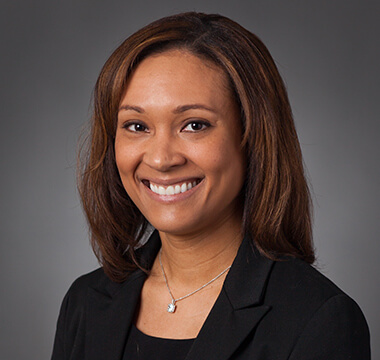 Amanda Motto has been practicing law in Illinois since 2008 and in Iowa since 2009. She joined the workers’ compensation defense department at Hopkins & Huebner, P.C. in 2017. Amanda received her law degree from the University of Iowa College of Law and a BA degree in English from the University of Iowa. Amanda’s primary focus is now workers’ compensation defense. She represents cities, counties, insurance carriers, employers, and self-insured businesses throughout the state of Iowa and Illinois. Amanda handles workers’ compensation claims from the initial receipt through hearing and any appeals and/or settlement.

Amanda was born and raised in Davenport, Iowa, and loves that she is now working and raising her own family there. In her free time, she enjoys spending time with her husband Joe and their sons Donovan and Dominic. She also is an instructor for QC Studio Z, where she teaches Zumba classes.

When she is not spending time with her family or dancing, Amanda enjoys tutoring children at Monroe Elementary School and serving on the Davenport Public Library Board of Trustees.