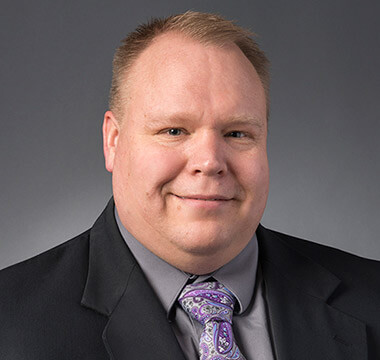 Brent Hinders has been practicing law in Iowa for over 15 years. Brent is a graduate of Simpson College and Drake University Law School. He has substantial experience in advising boards on legal matters, interpreting ordinances and statutes, writing policies, reviewing and recommending modifications to ordinances, negotiating collective bargaining agreements, representing municipalities in court and has tried numerous jury and non-jury trials.

2021 Selected to Best Lawyers in America

Brent is a frequent seminar speaker on employment-related issues. In addition, he is an adjunct professor in both the criminal justice and business programs at William Penn University teaching courses in organizational management and leadership. Outside of work Brent is active in the community as a board member and past president of the Norwalk Area Chamber of Commerce.

Brent Hinders has been married to his wife Maria for 15 years, and his greatest honor has been as a father to his three daughters Lorelei, Claire, and Ellen. In his free time, Brent enjoys reading, powerlifting, and volunteering as a coach for Norwalk’s Kindergarten Soccer programs.