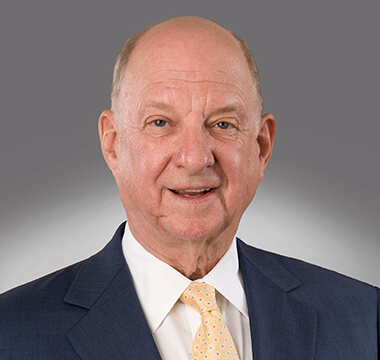 Jim Van Werden has been practicing law in Iowa since 1964 and joined Hopkins & Huebner in 2000. A graduate of Parsons College and University of Iowa Law School, Jim now primarily practices in real estate, contracts, wills, trusts, estate planning and probate.

Jim Van Werden has practiced law and lived in Adel for over 51 years. Jim and his wife Sue have three grown children. Jane Lorentzen is an attorney in the Des Moines office of Hopkins and Huebner and is former president of the Iowa State Bar Association. Jane is married to John Lorentzen of the Nyemaster Law Firm in Des Moines and they have two children, Will and Maddie. Jim’s son Drew lives in Winterset with his wife Karen and their three boys, Charles, Gabe, and Dane. Bill Van Werden lives in West Des Moines with his wife Erin and their two boys, August and Max.