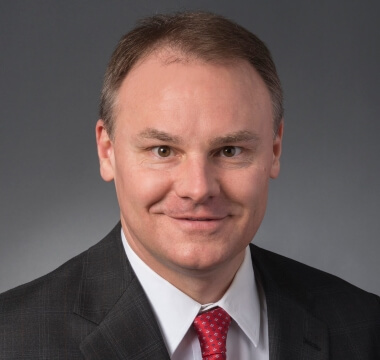 Jeff Ewoldt has been practicing law in Iowa since 2000 and joined Hopkins & Huebner in 2015. Jeff has experience in civil litigation and employment law and a background in journalism. A graduate of Drake University Law School, Jeff now practices primarily in liability and insurance defense.

Activities: Staff writer and editor for the campus newspaper, the Iowa State Daily; Recipient of the Donald Jackson Excellence in Writing Award, October 1992.

Jeff grew up in Spencer, Iowa. In his free time, Jeff enjoys aviation and earned his private pilot’s license in 2014. Jeff is a member of the Aircraft Owners and Pilots Association.