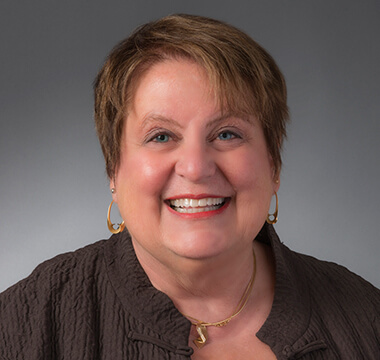 Lorraine May has been practicing law in Iowa since 1976. Throughout her career, Lorraine has practiced law in both the state and federal courts of Iowa, the 8th Circuit Court of Appeals, and the United States Supreme Court. Her case work has included everything from personal injury litigation and contract disputes to gross negligence claims, declaratory judgment actions, and she has represented both employees and employers. In addition, Lorraine continues to represent a number of local businesses in their corporate and employment issues, and is counsel for several national and international gaming companies.

Lorraine grew up in the Sandhills of Western Nebraska and attended a small school with multi-class classrooms. In her free time, Lorraine enjoys travel, cooking, reading, gardening, playing piano, learning the cello and spending time with her family. Lorraine and her husband Tom have been married for nearly 45 years. Tom is a retired actuary, and they are proud parents of three daughters.

Whitney graduated from Yale and spent a year in Russia as part of the Fulbright Program. She has a two-year master’s degree in comparative government from Oxford and graduated from Harvard Law School. Whitney is married to Andrew Roberts who is completing his medical residency, and together they have two children, Sophie and Ben.

Alex graduated from MIT, has a Master’s degree from Oxford University and a medical degree from Vanderbilt University. Alex is currently in her third year of ophthalmology residency. Alex is married to John Mason, a musician who plays bass guitar for Darius Rucker.

Iowa Environmental Council
Current President
Board of Directors 2010 to present

Iowa Council for International Understanding
Board of Directors, 1997-2001

Greater Des Moines Chamber of Commerce
Board of Directors, 1985-1989

Iowa Society to Prevent Blindness
Board of Directors, 1984-1986

Nexus
Member and Past President

The Business Record
Former Member of Advisory Board