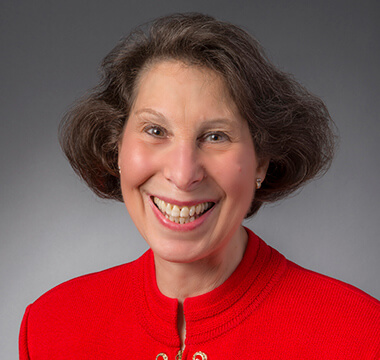 Robin Maxon has been practicing law in Iowa since 1982 and Kansas since 1988. A graduate of the University of Missouri and Drake University School of Law, Robin now practices primarily in personal injury and workers’ compensation for plaintiffs and claimants. Robin is a member of the Kansas Bar Association and the Kansas Trial Lawyers Association.

Robin and her husband Craig met in Des Moines more than 35 years ago, while Robin was in law school at Drake University. After law school Robin joined and eventually became a shareholder at Hopkins and Huebner. She and Craig moved to Topeka, Kansas in 1987, where Robin continued to practice law, and she and Craig owned and operated a flower and gift shop. They raised two daughters, Chandler, an attorney at Hopkins and Huebner, and Morgan, who will be graduating from D.M.U. this year as a Doctor of Osteopathy. After 30 years, Robin and Craig decided to move back to Des Moines, and Robin is most excited to be back at Hopkins and Huebner, practicing law again where she started, this time with her daughter Chandler as a fellow H&H attorney.