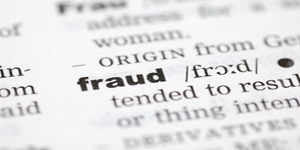 Sometimes, parties to contracts would like to be released from their obligations.  Parties may want contracts to be voided or revised.  However, once someone has signed a written contract he or she is usually bound to its terms and can be sued for breach of contract for not complying with those terms.

These issues often arise in sales of homes, business deals, and commercial transactions.

It is not that easy to void a contract. Iowa courts assume people read important contracts. In the absence of fraud or mistake, people are bound by their signatures. The Iowa Supreme Court once said: “It is also the settled . . . that if a party to a contract is able to read, has the opportunity to do so, and fails to read the contract, he cannot . . .  say that he was ignorant of its terms and conditions, for the purpose of relieving himself from its obligation.”

While it seems simple in black and white, fraud is not that easy to prove. To void a contract for fraud  the Iowa Supreme Court once said there ought to be  “some trick or artifice practiced by the opposite party” involved.

To avoid being in a situation where one feels fraud has been committed or is being accused of fraud, one should have contract carefully prepared that completely covers the subject of the contract.  Most importantly, contracts should be read, and re-read before they are signed.

Guardianships and Conservatorships for Adults with Health Problems

Working with a Disability