Guardianships and Conservatorships for Adults with Health Problems 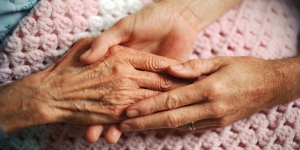 The process of establishing voluntary and involuntary guardianship or conservatorships in Iowa.

Guardianships and conservatorships are legal relationships established by a court that allow the person appointed as guardian and/or conservator to make decisions for that person, known as the ward.  A guardian is responsible for the personal affairs of the ward, whereas a conservator is responsible for the financial affairs of the ward.  These court-established relationships are crucial for numerous people in various situations.  This article focuses on adults who have health problems affecting their ability to handle their own affairs.

For example, if a loved one has been diagnosed with dementia, the loved one’s ability to handle his or her own affairs could diminish in the future.  Discussing this possibility and taking steps to prepare for it, including the option of voluntarily establishing a guardianship and conservatorship, could help avoid a difficult situation in the future if the loved one’s condition worsens and he or she becomes combative or non-cooperative.  A guardianship or conservatorship could still be established at that point, but it would likely be involuntary, which could take more time and effort to establish.  Acknowledging these potential issues and acting accordingly could lead to an easier transition in the future.  If you or a loved one may need a guardian and/or conservator in the near future, a consultation with an attorney would be beneficial.